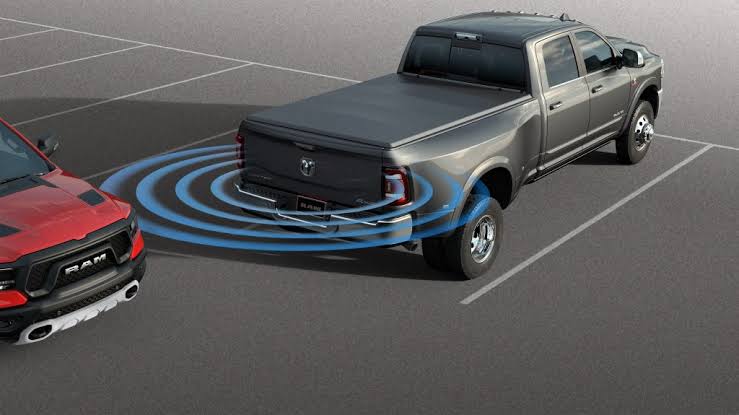 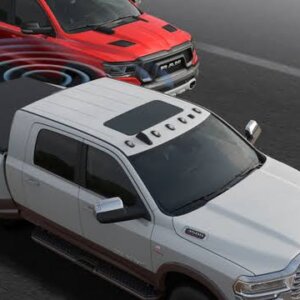 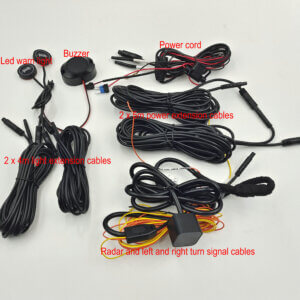 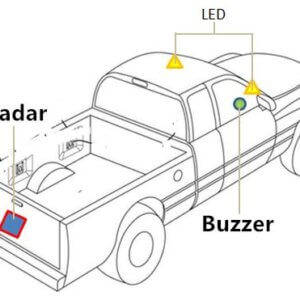 Lane-changing is easier than ever with our truck blind spot systems. The trucks are commonly on the highway, and a slight ignore could result in a bad accident. So, it’s vital to have driving assistance when driving trucks.

Our 77g H3B truck blind spot monitor ideally detects and warns the driver about vehicles in adjacent lanes. Keep reading to know how our product’s technical supremacy and premium alerting strategies assist the drivers and ensure their safety.

What Is A 77G H3B Truck Blind Spot System? After accurately detecting a fast-moving vehicle, in-truck warning lights alert the drivers about any potential hazard. The in-vehicle warning lights of the truck blind spot system are multi-purpose. So, they trigger two types of alarm.

At this alarm level, the indicator light is always on.

The alarm indicating light starts flashing, and the buzzer prompts a sound in this alarm mode. 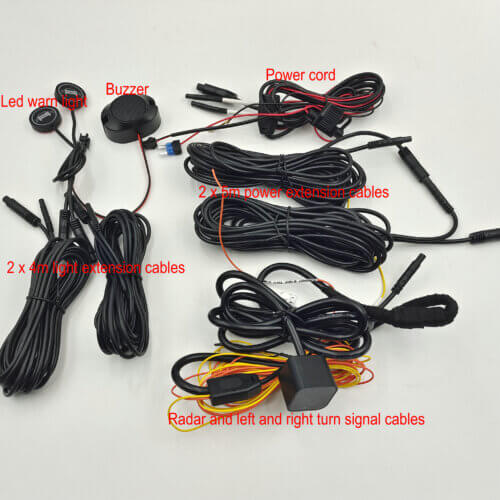 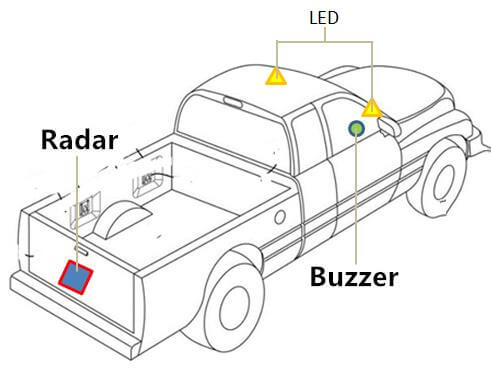 Our truck blind spot system stands up in the crowd of contenders with its specific features and the amount of value it gives to customers.

It is physically impossible for a truck driver to monitor all its surroundings at a 360-degree angle. There are always some blind spots that a driver can miss unintentionally. So, leaving any of the spots on the road unmonitored could cause a possible collision. A truck blind spot detection system minimizes the risks of a truck merging inside other vehicles on the road.

Mounting a truck blind spot system on your vehicle finishes the need to turn your head to monitor the blind spots on the road. It is symbolized as installing an extra pair of eyes on the back of your head. So, it detects and warns you about every moving vehicle 50M behind your truck.

How Does The 77G H3B Truck Blind Spot System Work?

The working principle of a 77G H3B truck blind spot system is simple. A 77GHz millimeter wave radar emits continuous wave signals. If any moving vehicle comes across the signal range (which is 50M), it interferes with the wave signals, and the radar detects the car as a target object.

Not only that, but the radar accurately measures the speed, angle, and relative displacement of the target vehicle. So, it judges better whether the approaching vehicle is a threat to the truck or not.

After detecting and evaluating the target object, the radar signals the alarm lights that alert the driver about the moving vehicles in blind spots.

Our truck blind spot system has distinctive functions that help it stand out in the crowd. Some of these functions are as follows:

Our truck blind spot monitors self-inspects the system before a road journey. So, it ensures the proper working of the system with accurate detection and warning procedures.

When the vehicle’s starting speed is more than 15km/h, the horizontal and vertical ranges for the alarm area change. The horizontal range for early warning switches to 1.5m≤X≤4.4m,-4.4m ≤ x ≤-1.6m. At the same time, the longitudinal warning range changes to 0 m≤Y≤6.5m.

With this function, the truck blind spot system equips the early warning strategy. So, it warns the driver about any moving vehicle in the designated alarm area before it becomes a hazard.

The blind area monitoring function assists in active and passive overtaking of the vehicle. The relative overtaking speed for the truck is not more than 20km/h. 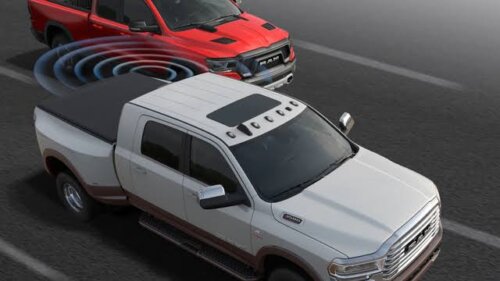 The parallel auxiliary approach functions warn the driver early about the vehicles in adjacent lanes. Therefore, it helps the truck blind spot system to act as a lane-changing assist and prevents unintentional accidents.

In the early warning strategy, the truck blind spot system alerts the driver when the approach time of the target is less than 4 seconds.

What Are Blind Spots Of A Truck?

Every vehicle on the road has several blind spots. In the case of a truck, the longer length of the car increases the number of blind spots. A truck generally has four main blind spots:

The structural pillars of a truck make it difficult for the driver to keep an eye on the truck’s sides. That is why both the lower left and right sides of a truck are the places where even the side mirrors cannot help the driver inspect.

The only possible way for truck drivers to monitor the rear end of the road is to turn their heads. Therefore, they need to take their eyes off the road, which is risky. So, without a truck blind spot system, the drivers can’t examine the vehicle’s rear end.

What Are The Common Problems With Truck Blind Spot Detection? How To Solve Them?

While operating any truck blind spot system, there are several problems a driver might encounter. Some of them are described below with the solutions to get rid of them.

This error can originate if the driver installs the radar or indicator lights upside down. So, check the left and right light signs. Also, check if the radar surface is installed correctly.

How Much Does A Truck Blind Spot Monitor Cost?

An ideal truck blind spot system can vary in cost according to its wave radar’s detection area and frequency band. The adequate price range of a truck blind spot monitor is US$150 to US$300.

For safe transport and a secure driving experience on the road, drivers need to mount a truck blind spot system on their vehicles. This system not only saves them from hazardous collisions but also acts as an additional driving assistant for them.

Are you looking for an ideal truck blind spot system for your vehicle that could vanish all your worries about blind spots? Our company might be the best choice for you. Our company ensures accurate results of our products with tough testing strategies and technical procedures.

Call us right now and get the specifically-designed truck blind spot system.