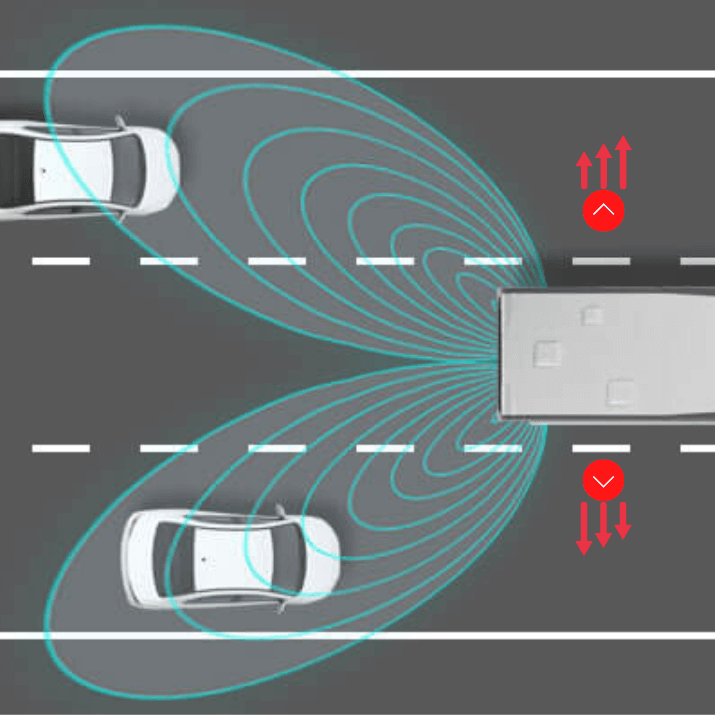 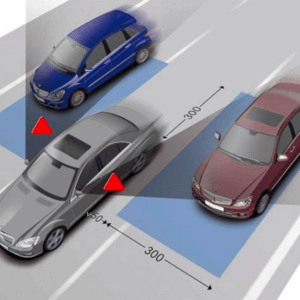 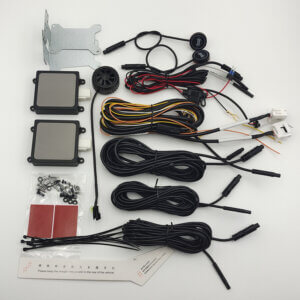 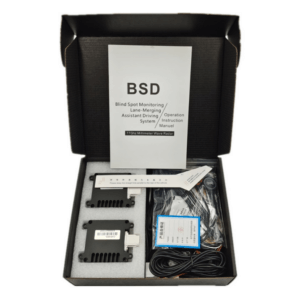 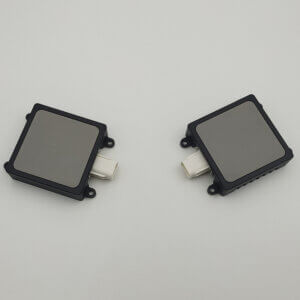 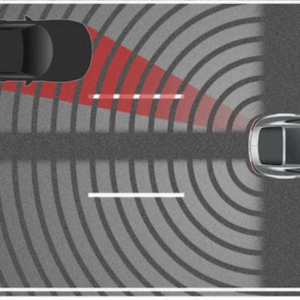 The 77G-H1 blind spot detection systems have microwave sensors. They have a place at both sides of the car’s rear bumper. It has a 50m detection range and alarms in multiple ways if any non-stationary object gets in the way. Basically, the sensors emit electromagnetic waves in the 50m range. When a car or other objects disturbs the waves, it sends a signal to the driver indicating an obstacle near the car.

The blind spot sensors are active only if the vehicle moves at speed higher than 10Km/h. When turned on, they detect the nearby moving vehicles and alert the driver of the car’s presence. The LED indicators in the side mirrors illuminate in the presence of a moving vehicle. On top of that, these visual indicators emit audible beeping sounds in the case of a level 2 warning.

Everything You Need To Know About 77G-H1 Blind Spot Monitors. 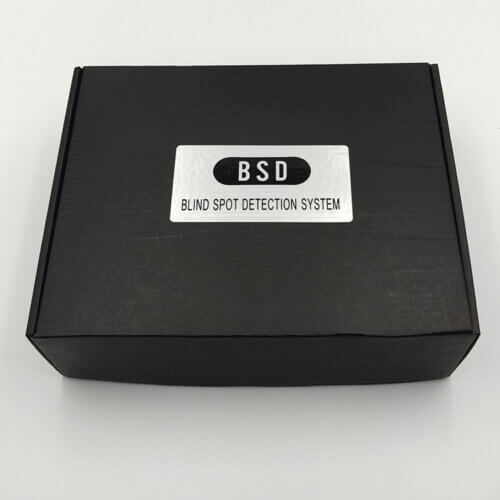 Even a minor car scratch could spoil a person’s mood for a day. So, imagine if a car gets a hit from the side or behind. Yes, it’s pervasive despite the clear rear-view and side-view mirrors. How so? All cars and motorbikes have blind spots. You can’t view full car in the mirrors, not even in cameras.

Therefore, we use blind spot monitors. Modern vehicles have a built-in blind spot monitor to cover the car blind spots. However, older models don’t have it. If your vehicle is missing one, you can install one yourself. It’s super simple to install. Just read the article, and you will get complete understanding of 77G-H1 blind spot monitoring systems.

What Exactly Is A 77G-H1 Blind Spot Monitor? Is It Worth It? 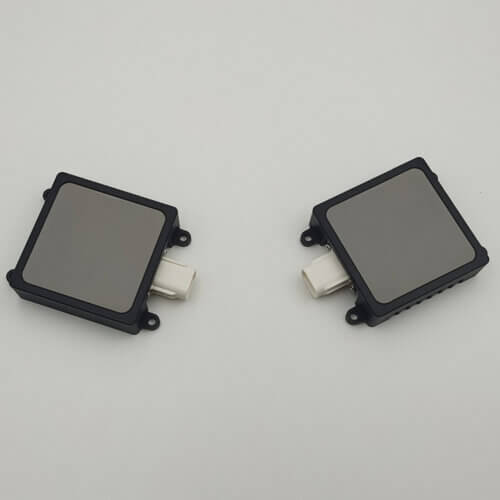 The blind spot monitoring systems are sensors installed at the car’s rear bumper. They detect objects present in the car’s blind spots and alert you of potential dangers. The 77G-H1 refers to the frequency of the sensors. They operate on frequency band 77 – 81 GHz with IP67 waterproof level. 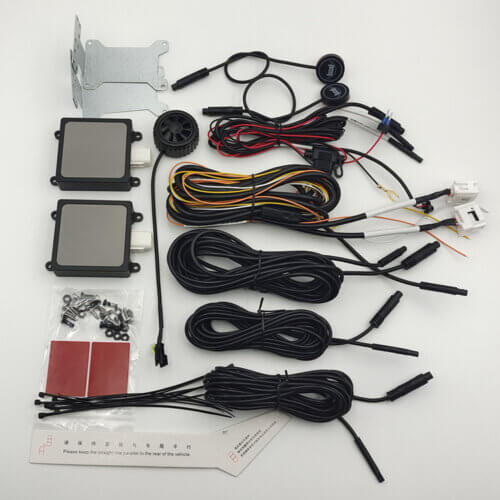 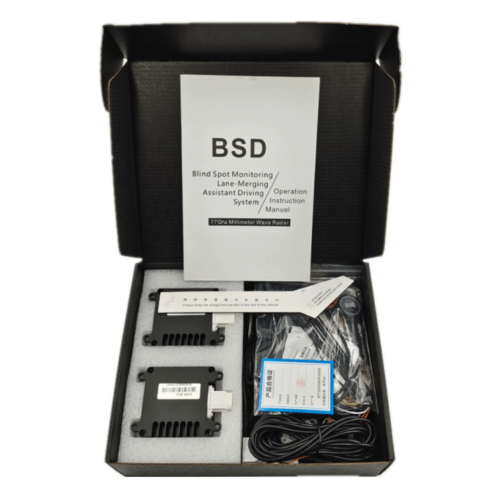 Its aim is to detect objects near the car’s blind spots to prevent accidents, especially during lane changing. The rear-view and side mirrors won’t correctly show the adjacent passing cars when switching lanes or reversing a vehicle. Therefore, you turn your head and see an upcoming vehicle before changing lanes.

However, the days when you had to turn your head each time changing lanes are hereby over. In modern times, the blind spot monitor sensors will alarm you if there is an object in the car’s blind spots. There are multiple warning levels depending on the situation. We will discuss those later in the article. For now, let’s discuss how the cars with blind spot detection assist.

What Are Blind Spot Warnings? What Do They Tell You?

In the case of level 1 warning, the LED lights in the side mirrors illuminate, indicating a vehicle in the surrounding. On the other hand, if the vehicle is in your car’s surroundings and you turn on the indicator, the LED illuminates along with a buzzer. They will provide visual and audible blind spot warnings assuming you have missed the illuminated LED light.

The 77G-H1 blind spot detection systems have microwave sensors. They have a place at both sides of the car’s rear bumper. It has a 50m detection range and alarms in multiple ways if any non-stationary object gets in the way. Basically, the sensors emit electromagnetic waves in the 50m range. When a car or other objects disturbs the waves, it sends a signal to the driver indicating an obstacle near the car.

The blind spot sensors are active only if the vehicle moves at speed higher than 10Km/h. When turned on, they detect the nearby moving vehicles and alert the driver of the car’s presence. The LED indicators in the side mirrors illuminate in the presence of a moving vehicle. On top of that, these visual indicators emit audible beeping sounds in the case of a level 2 warning.

However, if the object approaches the vehicle at a higher speed and your car’s turning indicator is on, the blind spot monitor will produce a level 2 warning. The light and a beep sound will alert you until the vehicle leaves the radar’s range. 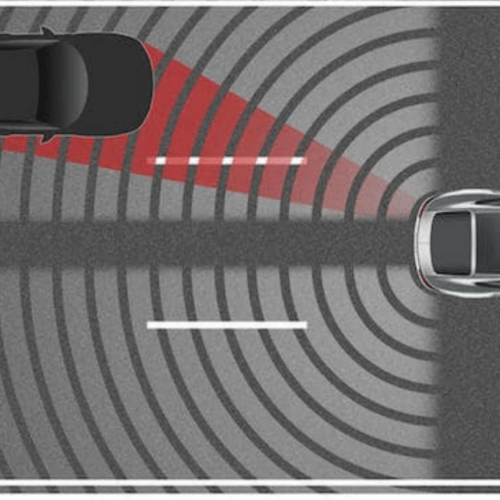 The LCA turns on when you start your vehicle’s engine. It has an alarming range in the adjacent lines. If a non-stationary object enters the radar’s coverage with a collision time <3.5 seconds, the pre-warning mode starts.

When a car enters the alarming range with your turning indicator off, the LCA will produce a level 1 warning. The warning cancels when the car leaves the adjacent lane alarming scope. In case if your turning indicator is on with a vehicle in your adjoining lane, the LCA will produce a level 2 warning. You will get an alert from the LED and the buzzer’s sound, indicating danger if you turn your vehicle. The level 2 warning cancels when the adjacent car leaves the alarming range. 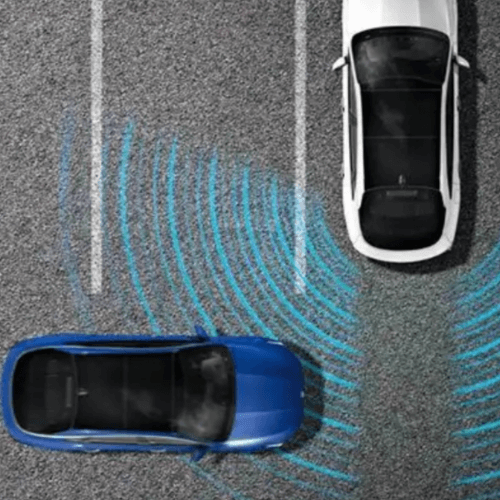 The Rear Cross Traffic Alert (RCTA) is a reverse gear warning. It detects objects coming from the car’s rear side. Normally, when the vehicle is in parking, the left and right sides of your car will have other vehicles. So, the object crossing from behind is unidentifiable and leads to collision. In such cases, the RCTA function will help.

Whenever you put a reverse gear, the RCTA function gets active. If an object comes in the alarm zone when reversing, the RCTA will directly generate a level 2 warning. The LED lights and a buzzer sound will alert you until the object leaves the alarm zone. 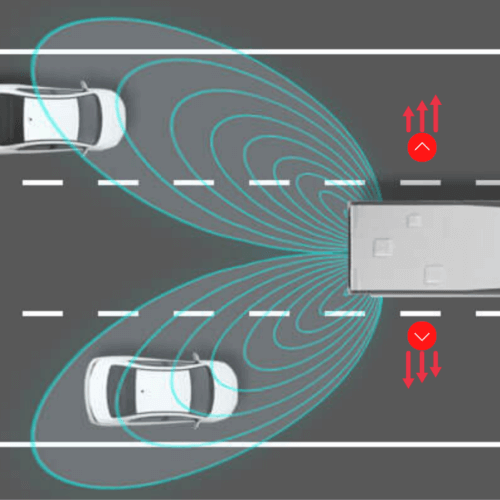 The Active Overtaking Alert (AOA) prevents post-overtaking collisions. When the vehicle fails to full overtake the passing car, it may result in a rear-end collision. So, we use AOA function in such cases.

The AOA gets active when your vehicle overtakes the passing left and right cars. When overtaking, the warning lights will be on until your car reach a safe zone; It’s a level 1 warning. However, if your car hasn’t reached a safe zone and you turn the indicator on, the AOA will produce level 2 warning. It will alert you through LED light followed by a buzzer sound.

How To Install A Blind Spot Detection System? 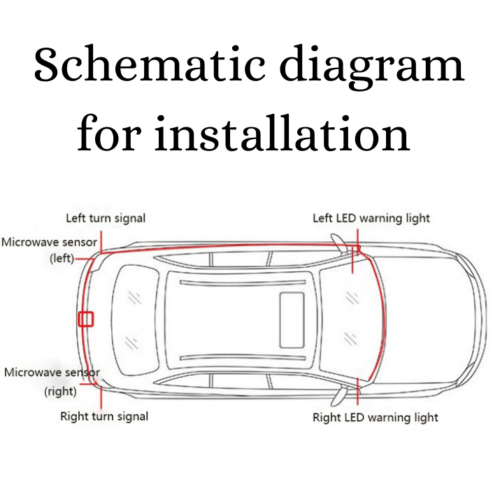 The blind spot monitoring system installation is just a matter of connecting some wires. We have provided a schematic diagram for the vehicle and line connection. So, follow this step-by-step guide for installing blind spot sensors in your car’s rear bumper.

The sensors must be installed in the places shown. Both sensors have recommended spots described in the table below.

A Guide To Line Connections

And voila! You have successfully installed and connected the sensors with your vehicle. Make sure you test the alarm signals before taking your car out.

What Are The Tips For Using Blind Spot Monitors?

Undoubtedly, they are sensors and provide warnings in case of any nearby objects. However, you must know these tips to avoid malfunctions of blind spot monitors. In order to maximize its effectiveness, we recommend:

Know the limitations of your blind spot monitor cars. They have a specific limit before turning on. So, check whether the turning-on limits suit your driving. For example, if your car’s blind spot monitor starts working at 30 Km/h, you won’t get the alarms if you drive slower. On top of that, some blind spot monitors won’t detect pedestrians, pets, and cyclists. So, check the operation manuals before trusting the detection systems.

A slight unplug could result in a malfunction of your car’s blind spot monitor. Suppose you have not connected the LED lights with the power line; it won’t illuminate even if the sensors detect an object. So, it’s always recommended to test the blind spot monitors beforehand.

Putting all your trust in sensors isn’t a good practice. Whenever in reverse, check the objects behind your car in the mirrors. Likewise, if you are changing a lane, check your side mirrors. The blind spot monitors are for extra safety and cases when you don’t see the objects in the mirrors. So, don’t rely on the detection systems only.

If you are stuck in a traffic jam or the alarm sound annoys you, there is an option to turn-off the blind spot monitor in the infotainment system. After a traffic jam, you can turn it on – it’s just a matter of some minutes.

Adding blind spot monitoring systems aids in driving and is an extra layer of safety for passengers. Sometimes, the passing vehicles are in the car’s blind spots; they aren’t visible to the driver’s eyes. In such cases, the cars with blind spot cameras and sensors alarm you through LEDs or a buzzer sound.

However, it’s crucial to buy from a reliable source. In a matter of reliability, we have been installing blind spot monitors for decades. All our products are well-tested and durable in the long run. So, if you are in need of one, contact our active customer support team. We will be in touch with you.