The role of microwave radar motion sensors in driving is changing how we use our vehicles. Vehicle manufacturers are using radar sensors and component suppliers to picture the surrounding environment accurately. As a result, it helps drivers stay safe on any road all the time. 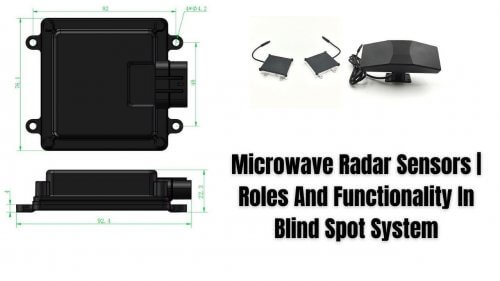 They are an important part of collision avoidance systems and adaptive cruise control systems. This article will cover the history of microwave radar sensors and their future outlook. Moreover, it will tell you about what they do, their role in blind spot systems, and how they work practically. Without further ado, let’s jump into it.

In our daily life, we come across various machinery that uses microwaves for functioning. Some receive these waves using a receiver while other products emit these by special equipment called microwave radar transmitters.

Microwave radars are electrical instruments that emit microwaves for several purposes. If we talk about microwave radar sensors, these products are specifically for object detection by microwave transmission.

Generally, these can work on diverse voltages starting from 12 to 24 volts. The internal circuit has a built-in transmitter that gives microwaves when given electrical input. The emitted microwaves aren’t passable through metal. That is why all microwave radars have a hard plastic cover. It ensures its durability and helps endure strict conditions.

Before jumping in to see the role of microwave radars as a sensor in the blind spot system, let’s see how they work.

The microwave radar sensor module is a device that can measure the reflected signal strength of a microwave. It is used to detect the target object’s presence in the vicinity.

The main components involved in this process are a transmitter, antenna, receiver, and digital computer circuit. The transmitter sends out microwave signals which travel through space until they reach an object or object of interest. The antenna then receives these signals, which are then sent to the receiver. Next, the digital algorithmic computer circuit processes them. The information those signals bring is essential in working on several daily life tools. 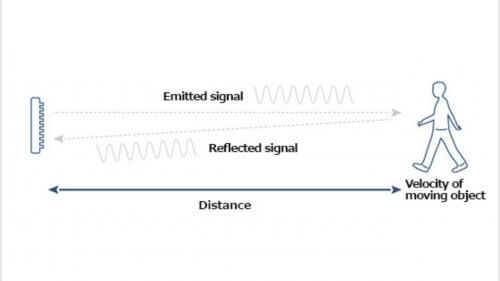 In the past, radar microwave technology came only in large vehicles like aircraft and boats. Miniaturization of the technology has led to its use in radar-based driver assistance systems. At the start, the critical challenge for radar technology was to incorporate it into a car’s dashboard without compromising driver comfort or safety.

However, over time, industries overcame this problem. So, microwave radar sensors became ideal for blind spot detection. Today, automobile companies can miniaturize them to fit into smaller vehicles.

As we know, the general purpose of microwave radar is to detect obstacles in a specific area. That was the reason people found it ideal for road monitoring as it started acting as an extra pair of eyes. Yet, it didn’t stop just there. These microwave radar sensors started coming in pairs and helped monitor more than one directional space at a single time.

As a result, it also started detecting and warning about obstacles in the vehicle’s front, rear, and lateral sides other than cars. Such as pedestrians or cyclists who may be crossing ahead of you. On that basis, people started classifying them. Some came in with 360 multi-directional detections whereas low-end products stayed on a uni-directional approach. 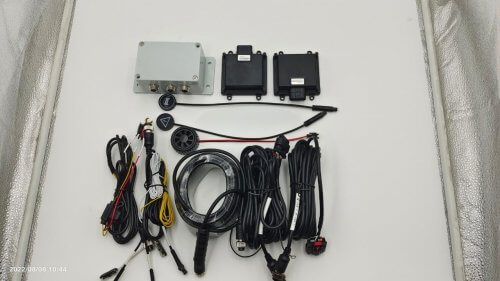 However, that list is a never-ending one because of exponential advancement in this technology since the last decade. That is why, you’ll get a classification based on frequency bands instead of some technical feature availability. The three top microwave radar sensors for blind spot detection are as follows:

24GHz Microwave Radar is a high-resolution radar. Unlike other sensors, this radar can receive signals from all directions at once. For that reason, it can see through fog, haze, and other atmospheric conditions to provide images of solid objects. The 24 GHz, microwave distance sensor, is used to detect objects at short ranges. The 24 GHz microwave radar sensor comes equipped in vehicles of the construction sector and security systems.

Due to the short wavelength of microwaves, this radar has a shorter microwave radar sensor range and accuracy. However, it is still more than enough to make the car ideally safe for the roads and prevent accidents. Besides that, this radar system can also detect the distance of obstacles from the vehicle.

For that purpose, it uses microwaves to bounce off an object and return to its receiver for assessment. This radar is the most common sensor you’ll find in the market. Various automobile industries have widely used it because it provides accurate results without any error or distortion caused by other factors like wave deflection etc.

The 77 GHz sensor uses the same technology as the 60GHz radar sensors but has a longer range, making it ideal for highways. It has a high-frequency range, meaning it can detect even the smallest objects.

The 77 GHz microwave radar sensor is ideal for blind spot detection (BSD), lane departure warning (LDW), forward collision warning (FCW), and adaptive cruise control. A radar sensor is a great option for anyone who needs to monitor large areas or has a lot of ground to cover. It is a universal product designed to detect moving objects and can be used in a wide variety of weather conditions.

Mostly, it comes only in heavy-duty vehicles like commercial trucks or construction cranes. Still, some SUVs are also under its radar since 2016. As we know, the wavelength is greater; therefore, we can judge that detection range and accuracy must also improve.

An ideal blind spot system with a 77GHz frequency band like ours has a detection range of 50 meters. At the same time, the detection accuracy is anywhere between 0.1m to 0.3m.

The 79GHz microwave sensor is a high-resolution sensor used to detect objects in the radar domain. Unlike the 77GHz, its detection accuracy is better. In contrast, the detection range stays the same in most blind spot systems.

This radar is very much similar to a 77GHz blind spot system. However, premium product manufacturing companies prefer 79GHz because it performs better in several LCA and RCA features.

There are plenty of reasons why microwave sensors are best for blind spot systems. All in all, these sensors enhance the vehicle’s safety on the road. As a result, it aids in saving owners and road individuals from permanent damage.

Some of the primary reasons why microwave sensors prove to be ideal are as follows:

It has better visibility when there are other cars on the road. The reason is that microwaves can travel farther than other alternatives. So, it can detect through a longer distance than any other types of sensors, including ultrasonic and camera sensors. 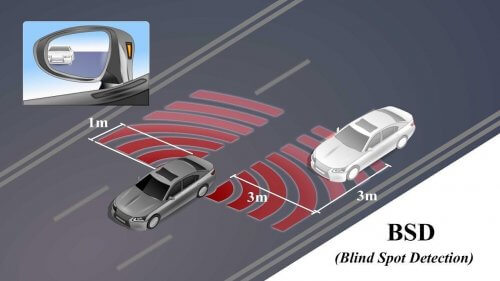 Radar is more efficient than a camera in detecting small objects. Cameras are sensitive to light, and their sensors can be affected by rain or snow. But radars have no such issues, as their beam travels through the air rather than water or glass. So, it allows the radar to detect targets even when there’s bad weather around them, making it the best choice for blind spot detection under these circumstances.

Microwave radar sensor also has an advantage over cameras when it comes to nighttime use. All that is because of its high sensitivity level and ability to penetrate foggy conditions better. Radar sensors can operate at lower power levels without sacrificing efficiency. That means they will last longer and provide accurate information about their surroundings.

The microwave radar sensor is one of the most cost-effective ways to monitor your vehicle’s blind spot system. These sensors are inexpensive compared to other options for a blind spot system, like laser sensors.

First and foremost, if you have a damaged blind spot radar sensor, it won’t be able to detect objects in the blind spot of your vehicle. You will still see the object, but your system won’t pick it up. It can result in collisions or, even worse, accidents.

Generally, if there’s damage to your radar detector, such as if it was dropped or run over by a truck, then this problem can originate. The reason is that it won’t have enough power left in its internal battery for proper operation or storage of information.

A common problem affecting microwave radar sensors’ effectiveness is metal blockage. Metal objects can interfere with the signal from a blind spot monitor system, causing false alarms and incorrect detection of vehicles in their blind spots. If you do not deal with them, they can cause problems for your vehicle’s safety features, such as rear cross-traffic alert and lane change warning systems. 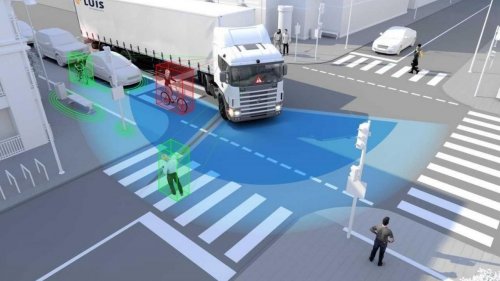 The most common cause of interference in microwaves is metal objects. That means adding too much metal to an automobile’s bodywork can cause problems. If there isn’t room for the radar sensor to see outside its windows, it won’t detect any objects behind them.

Another common source of interference is being too close to another vehicle while driving, which can also affect how well your radar sensor works.

Not every microwave radar sensor has the same installation process. It may vary with the choice of your vendor and system manufacturer. However, some guidelines stay the same. For instance, no matter what type of radar you have, it must never have any metal object next to it during installation.

There are many kinds of blind spot radar sensors on the market today. Some of these sensors may be incompatible with your vehicle’s existing system or may not work properly with your current vehicle’s software version. It leads to problems with the functionality or even cause damage to your vehicle if it is not handled correctly.

Future cars can go beyond just sensing the vehicles on their flanks. They can also identify lane markings, road signs, and traffic lights. It is all possible through a system called microwave radar sensors.

Radar is an important empowering technology enabling safe driving in automated, autonomous, and assisted vehicles. In this article, we have discussed onboard radar sensors and their roles and functionality in blind spot systems.

A blind spot system improves the driver’s safety, convenience, and functionality. Microwave radar sensors, with their high sensitivity and resistance to environmental conditions, are essentially ideal in the blind spot detection system. 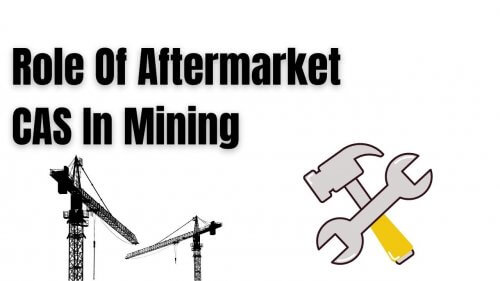 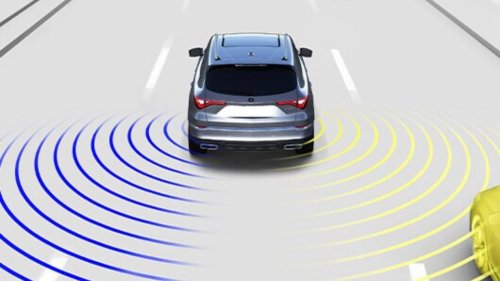 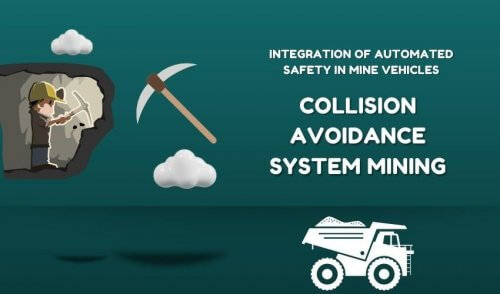